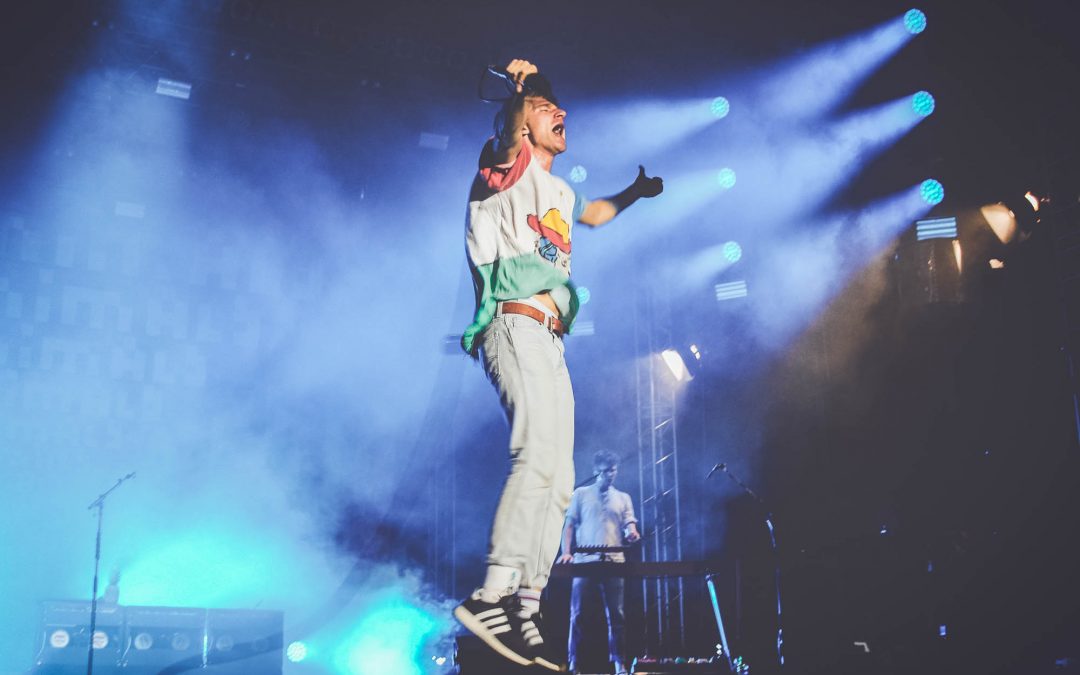 Tell me I have good music taste before telling me I’m pretty. It’ll get you further.

Music is one of those rare things that allow us to transcend time and momentarily get swept into another person’s headspace. It’s probably why I love music festivals so much. Not only are you hearing this but you’re physically experiencing it as well.

Much like travel, music takes you to places you’ve never been. In an effort to converge the two things I’m most passionate about I present a weekly Sunday round-up of ‘What I’m Listening To’ – whether it’s a new tune, an artist I’ve recently uncovered, or just revisiting an oldie.

Is it a little pretentious to think you want to listen to my music? Perhaps. But it’s my little slice of cyberspace now isn’t it?

Here’s a new artist I discovered at Panorama Music Festival a couple weekends ago in New York. Set inside a dark enclosed tent, Sofi Tukker’s lights and visuals set the tone for an ethereal atmosphere as soon as you entered. Think Sylvan Esso with a jungle vibe. And yes, Sofi is that mesmerizing on stage.

Although this particular song, inspired by Brazilian poet Chacal, is sung mostly in Portuguese the majority of their songs are in English.

Yes, unfortunately I’m one of the few still using SoundCloud. I have a running/workout playlist kinda going mini viral right now so I’m holding onto hope that it’ll still be here next month.

Note to self: change all the below links when SoundCloud ultimately crashes and burns.

Anyway, I can’t stop playing this mixtape. At first I was like eh, kinda kitschy in the beginning but I kept listening to it over and over again and now here I am writing about.

3. WHEN I’M TOUCHING YOU | NIOR THE DISCUS THROWER

I love mixes that blend old school and modern beats to create a funky upbeat groove. This one does it perfectly.

Really have no idea where this one came from, nor who Cody G. is, but his tunes seriously have something going on. This one, aptly named Sunday Strut is exactly the Sunday Summer song you need right now.

6. RUNNING PLAYLIST | YOUR VERY OWN, THE WAYWARD WALRUS

So I already talked it up, but if you feel the need to get your run on, here you go. The playlist was formed during a fleeting thought of, “Hey Alex let’s get in shape!” It didn’t last very long but the playlist is still going strong.

So this one’s still pretty relevant. Although the Agnes came off Glass Animals last album, How to Be a Human Being, they just released the music video featuring the lead singer in a centrifuge. Dope.

There are some songs that just completely get you in the feels for no apparent reason. I can count 3 songs off the top of my head, and Agnes is one of them.

Honestly Glass Animals has better songs out there, but this tune I can’t seem to shake. So much that when they played it at Melt Festival last month the videographer caught my reaction… and now is in the official festival set coverage. Cool. Awesome. Great. -____- Yep, that’s me. Right in the center. Totally balling my eyes out.

Halloween was the first time all year I felt truly

(because clearly I’m bad at posting things in a

One travel thing I miss most are the train rides.

Talk about some serendipitous universe stuff. A co